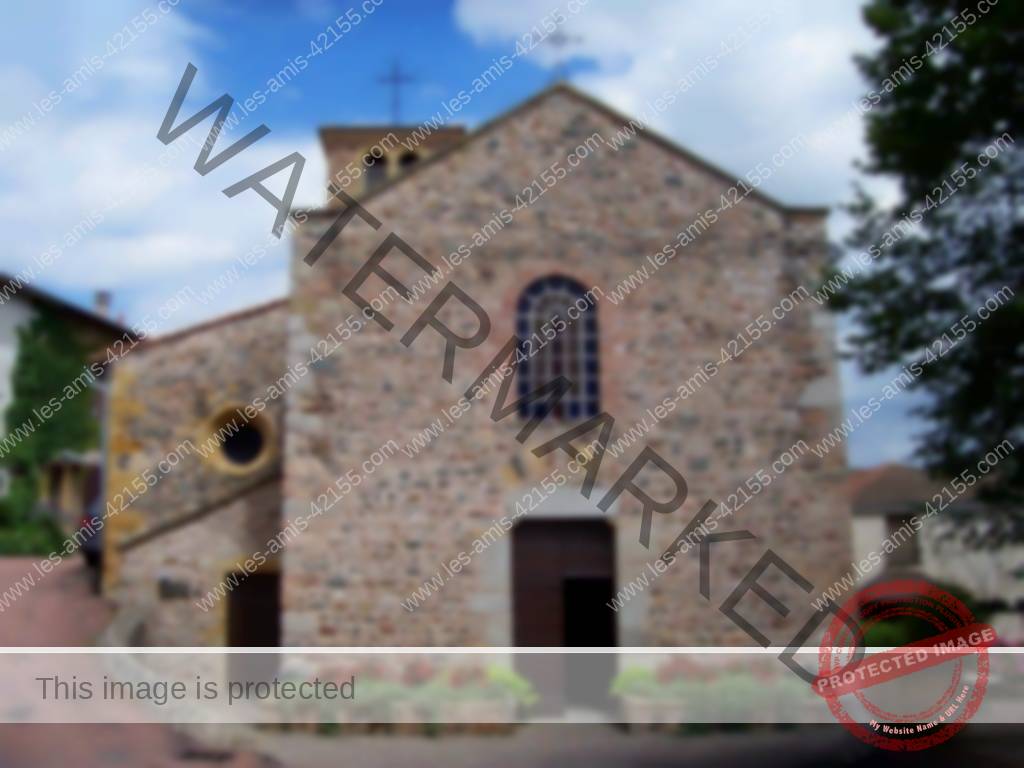 The church of St-Maurice, whose origin dates back to the twelfth century, was the chapel of the castle, hence its name castrale chapel. Only the flat chevet and the three small openings, visible on the south facade discovered during renovation work, remain from the Romanesque period. The physiognomy of the building has been modified over the centuries: a side aisle was added to the north in the 16th century, and the steeple whose weight threatened the vault was moved to the sacristy. At the end of the 19th century, a brick ceiling replaced that of the 16th century hiding painted beams. 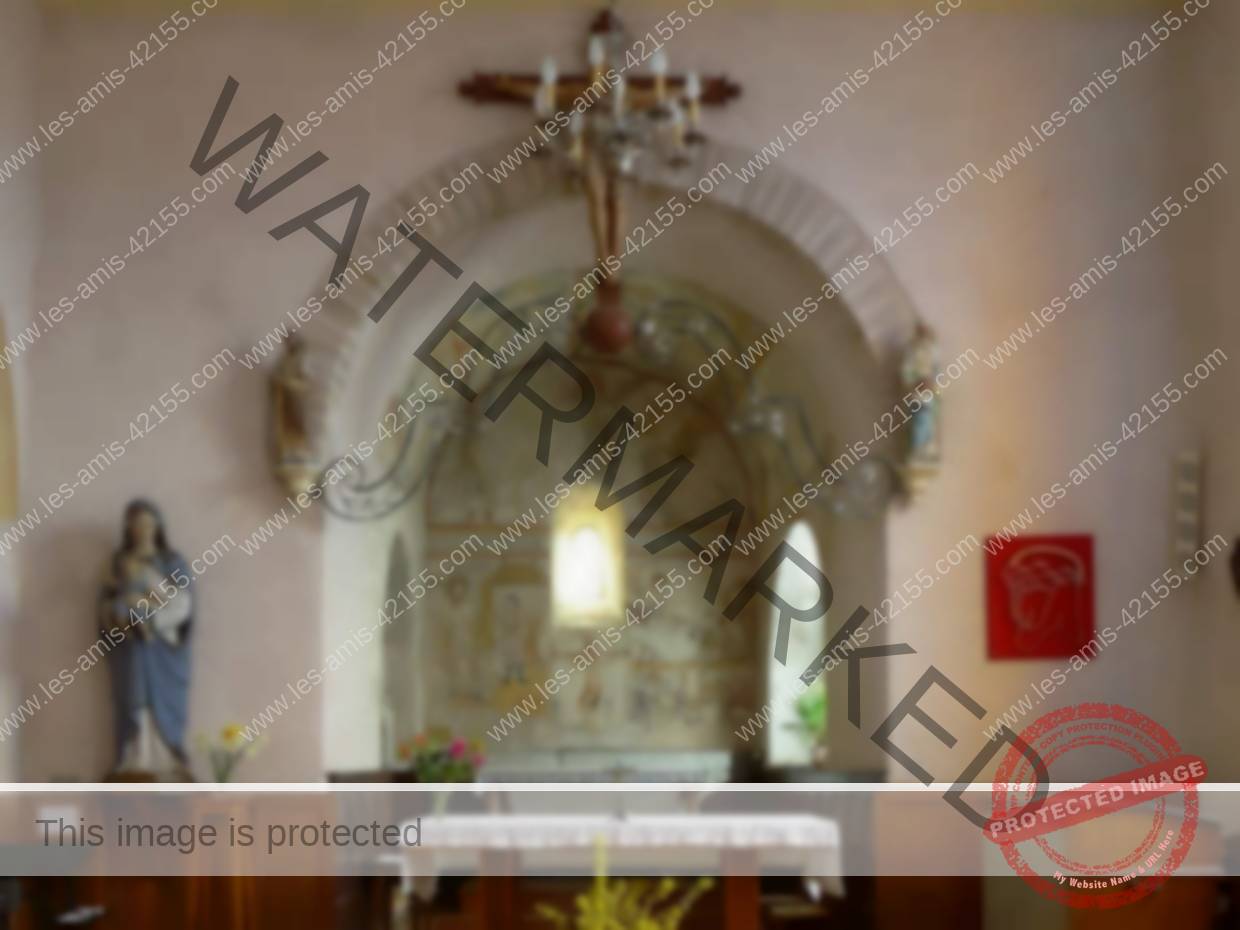 The choir of the church, separated from the nave by a beam of glory, is entirely covered with murals dating from the late thirteenth century: it looks like a comic, divided into registers separated by friezes with different patterns, evoking scenes of the New and Old Testament Scriptures. In the most eastern-oriented part, medieval artists chose to evoke the legends of Saint Nicholas and Saint Maurice, patron saint of the village.

A visible equestrian statue in the nave depicts Saint Maurice as a Roman officer. The character dressed in armor brandishes a standard marked with a cross.
The polychrome refreshed in the 50s emphasizes the naive character of this wooden sculpture.

In the embrasure of one of the openings on the right of the building, a fresco was discovered during works undertaken in 1999. It represents Saint Jacques in pilgrim attire, dressed in a cape, holding his stick (the staff) and wearing a hat. The disproportionately large foot of the character refers to the function of walker … This fresco testifies to the position of Saint Maurice on the way linking Cluny to Puy-en-Velay, one of the many routes taken by pilgrims traveling to Saint-Jacques de Compostela in Galicia.

The stained glass windows of the St-Maurice church 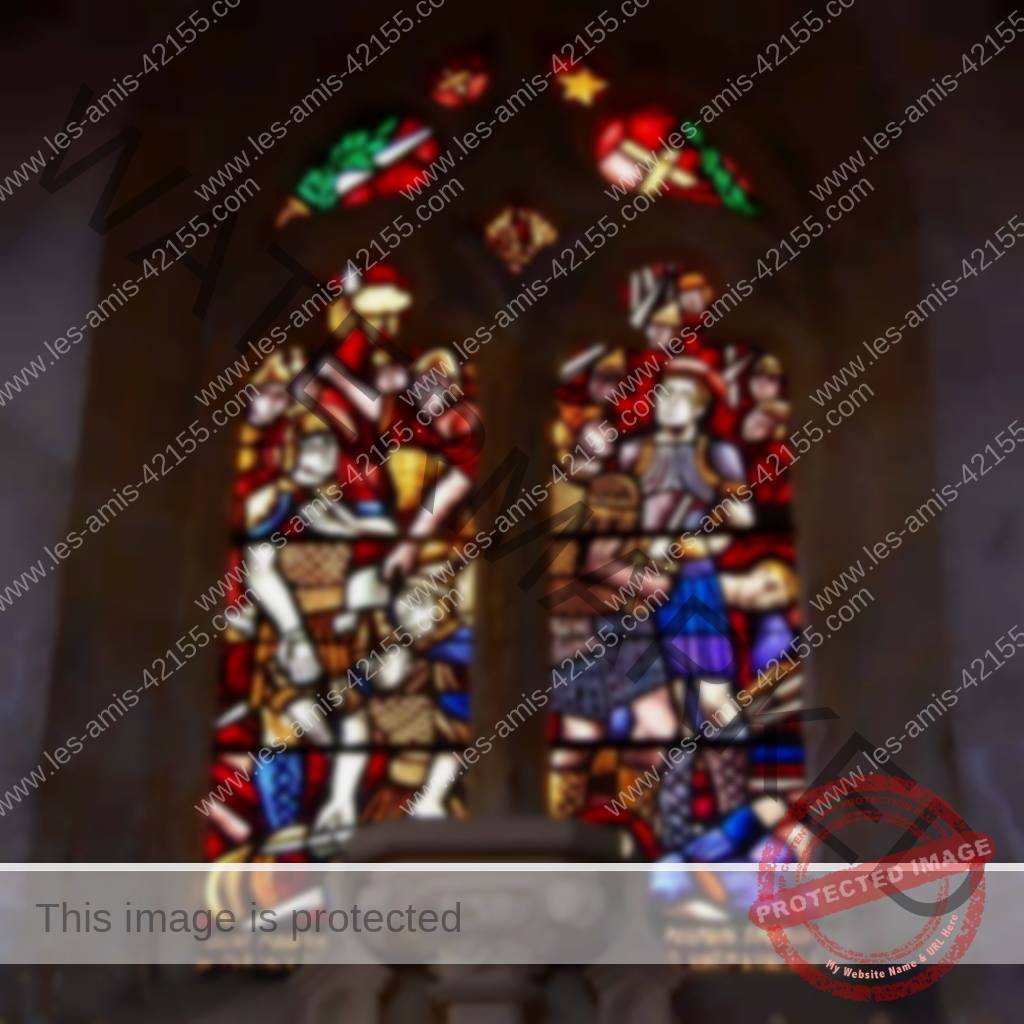 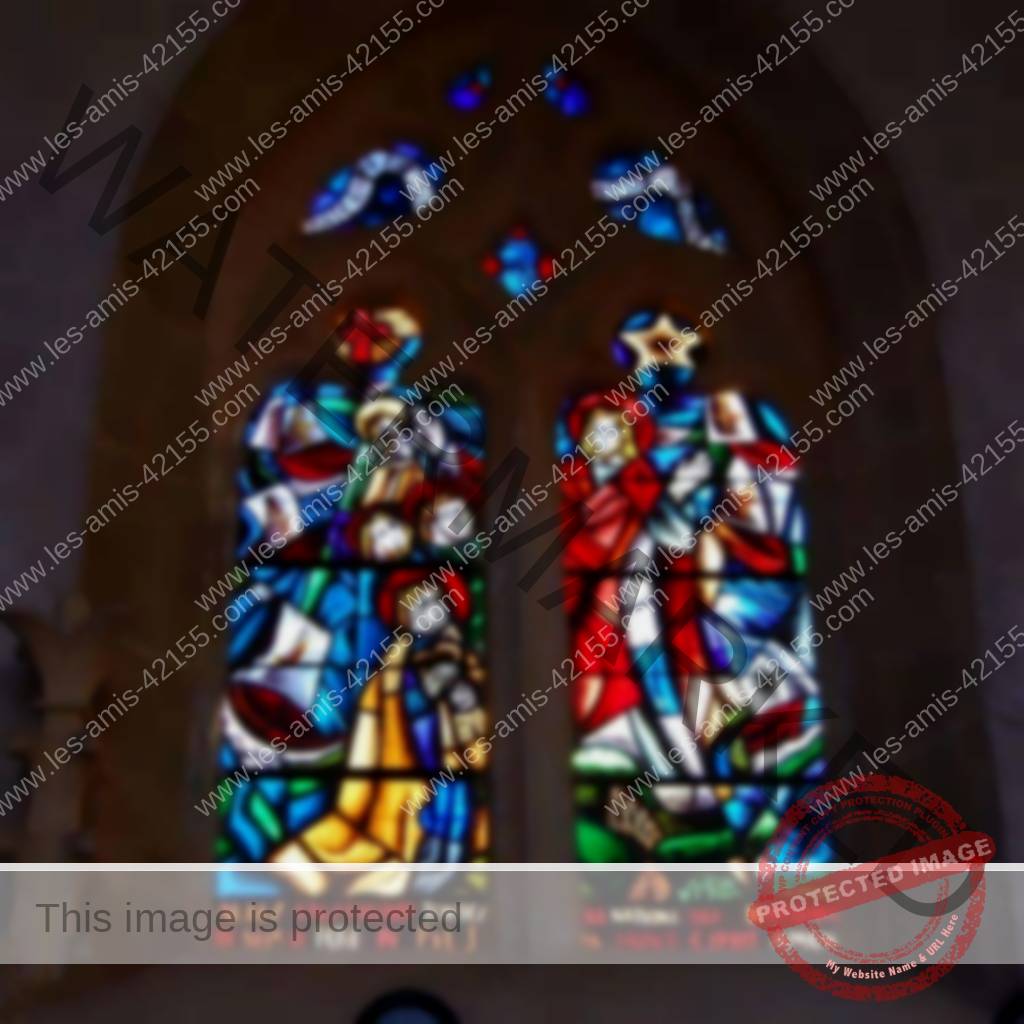 Owing to the death of Mr Hanssen in 1957 this project will not be entirely completed: only the two stained glass windows will be made.