In the Middle Ages, there was only one parish in the village: that of St-Maurice-sur-Loire, it was grouped around its church and its village, with some hamlets united with it and scattered in the countryside. Among these hamlets, one took the name of the priory St-Jean: that is how the village of St-Jean was built around a priory.
The existence of this building is explained by the presence of monks who founded a Benedictine building in the 11th century : the priory of St-Jean-sur-St-Maurice which depended on the Sacred Abbey of Saint-Michel in Piedmont in Italy, on the heights of Suze.

Like all the conventual buildings, this priory was built on a site in height. The imposing building crowns the top of a hill overlooking a vast panorama of the Monts de la Madeleine, Beaujolais and Charolais. Until the sixteenth century, the priory was administered by a prior appointed by the abbey mother. He benefited from feudal rights, middle and low justice on the dependent tenants of the priory, he tithed the parish of St-Maurice, as well as a part of the parishes of Villemontais and Cordelle. It was the monks of St-Jean who founded and served the first church of Cordelle, whose ruins can be seen in Chevenay (hamlet near Joeuvres). 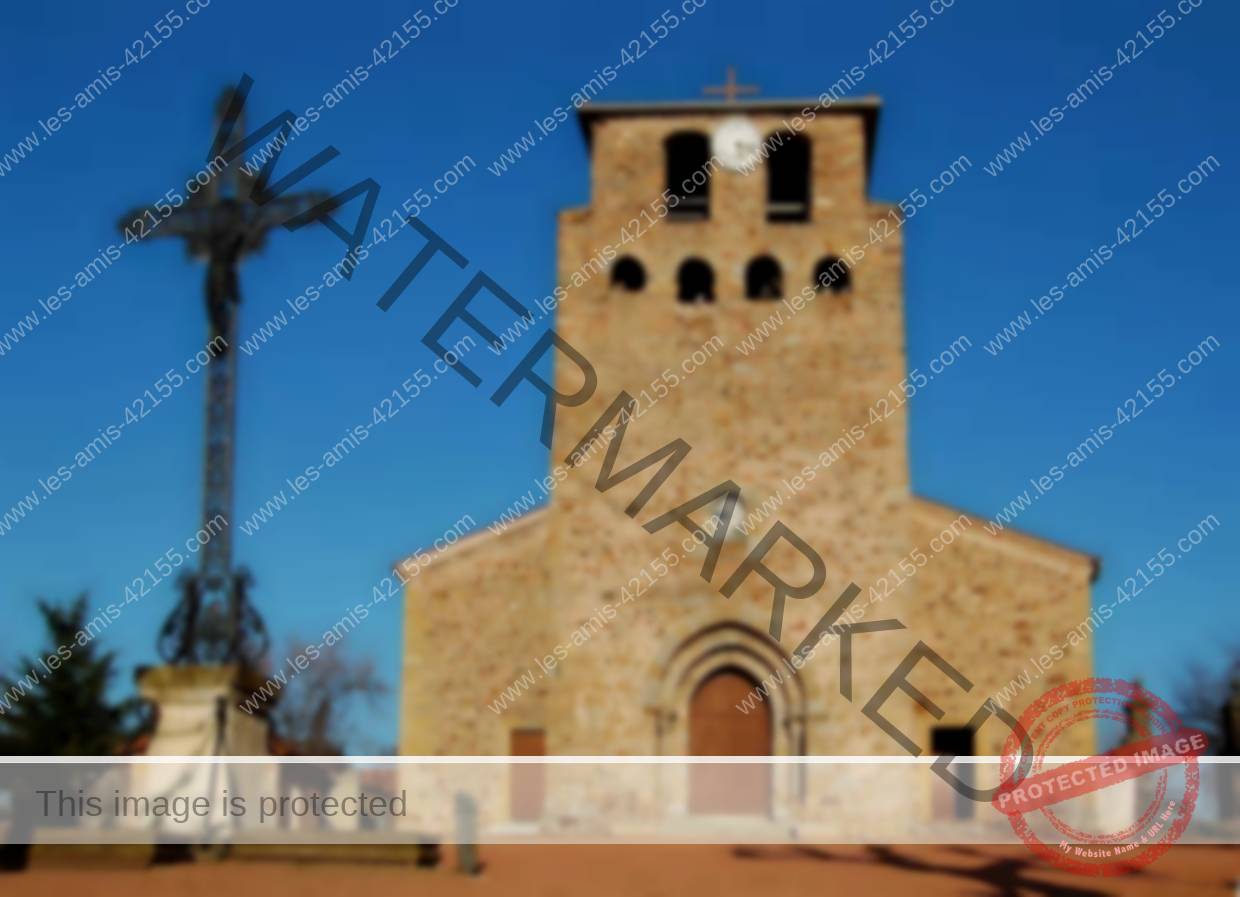 Today, only the porch and the bell tower of the eleventh century remain; the conventual buildings were destroyed like many buildings during the Revolution.
The current building was built in 1872 on the remains of the priory, according to the plans of architect Mr Bonnard. Its ground floor opens onto a beautiful arched door without lintel or tympanum, surrounded by three arches. Above, we can see a small round arched bay, then four semicircular openings too, but partially walled. The set was probably part of a bell tower wall, as we can see others in the region. It is probably much later that a floor in front of the bays was built, a little behind, and 3 other walls. The wall tower has become a monumental belfry. In its upper part, this belfry is pierced with high bays to the east and west, and only one on the other sides. The whole is capped with a low roof with 4 sides.

The inside of the church

With a massive and stocky appearance, the church is built around three naves and a transept whose ends end with a wall with 3 sides. The building has kept its old pavement in diamond tiles. The tall and elegant windows were designed by the painter-glassmaker Mr Pagnon. The polygonal choir has two paintings by artist G. Salza: a Nativity and a Last Supper 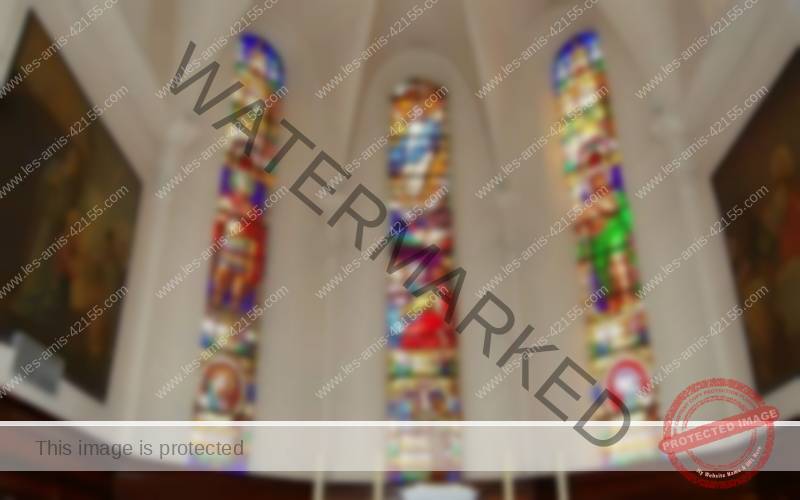 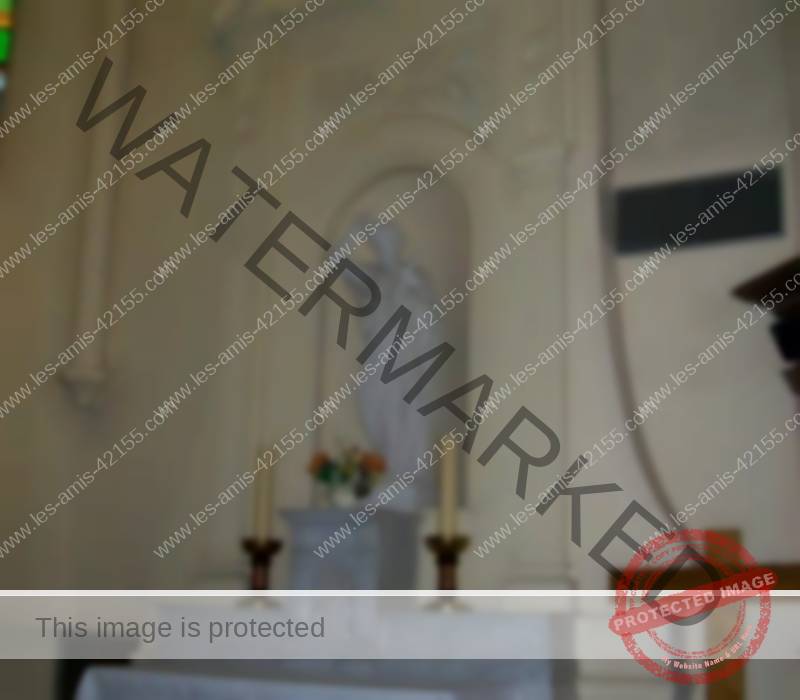 The Forézien sculptor Mr Jean-Marie Bonnassieux (1810-1892) made two white limestone statues, which adorn the side altars dedicated to them: one representing the Virgin (dating from 1882), the other representing Saint Jean the Baptist. This artist has designed many statues in the region, the most famous is undoubtedly that of Notre Dame de France made in 1860, and which is 22 meter high and dominates the city of Puy-en-Velay 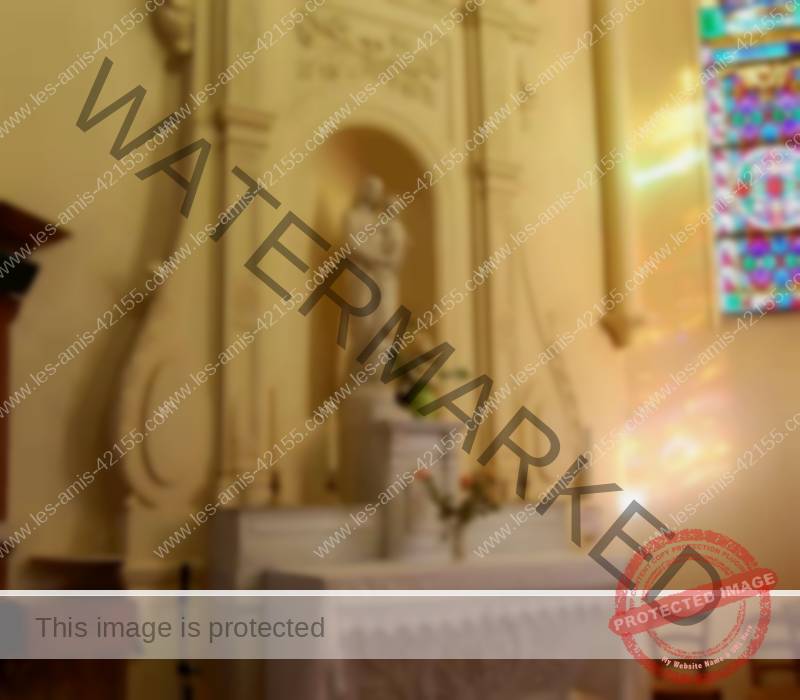 The surroundings of the church

For centuries the church was surrounded by a cemetery which was reduced by half during the restoration of the church in 1949, when people were no longer buried there. The only remains of this cemetery are the monumental cross that stands in front of the church and the stones around it.

In the southern staircase, you can see a coat of arms representing a lion carved in yellow limestone. It is undoubtedly the coat of arms of the prior GM Chantelot, appointed prior to the Benedictine priory of St-Jean in 1736, and whose weapons “azure lion crawling gold, langued mouth,” that is to say, an erected golden lion with a red tongue on a blue background. 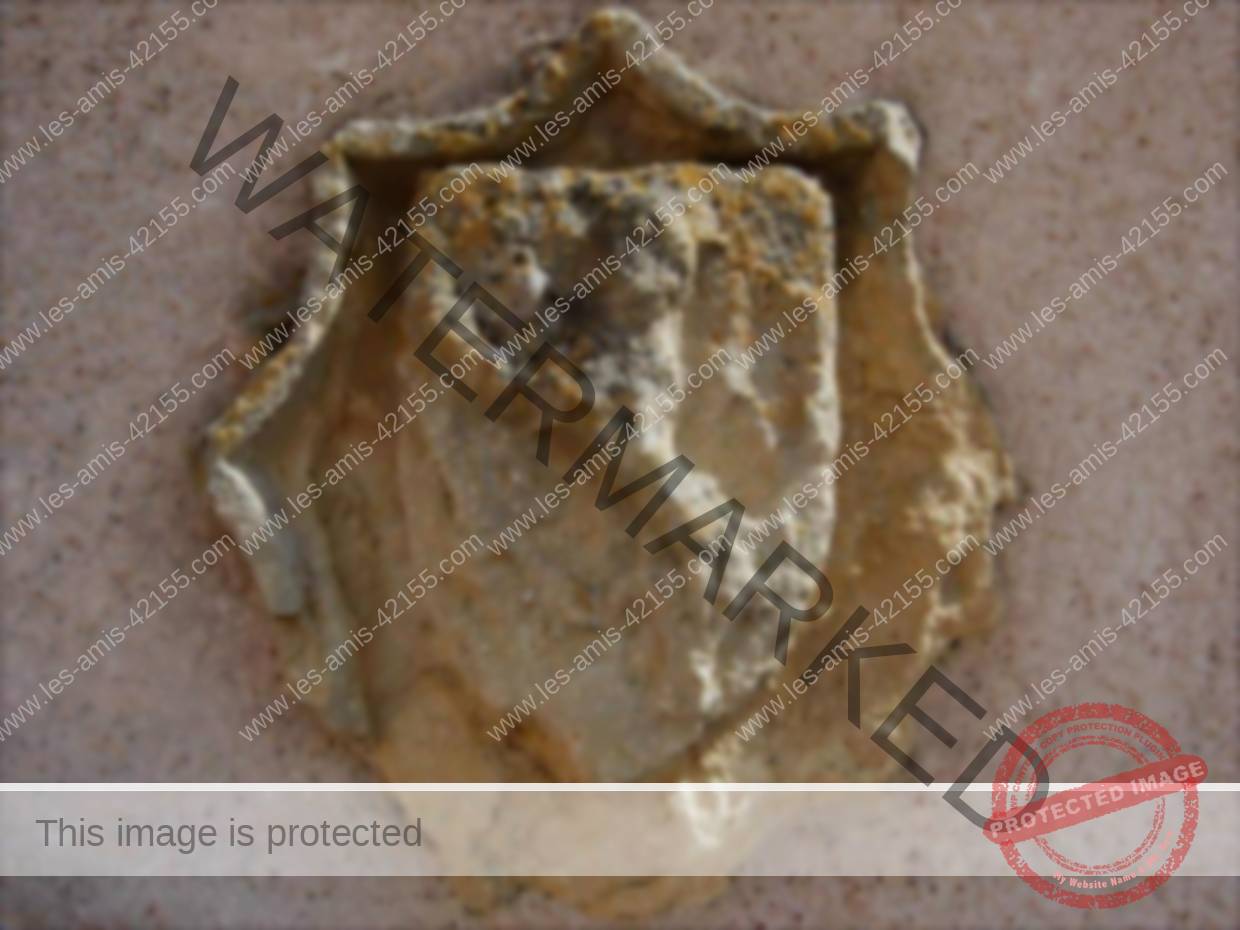